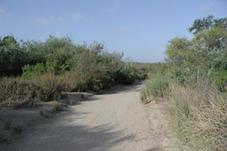 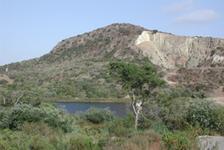 ​On the eastern edge of Calavera Hills the city has carved out a piece of land as a nature preserve.  This beautiful 110-acre site features Mount Calavera and has over four miles of hiking and biking trials.  Just to the north and northeast of the preserve is the 400-acre Lake Calavera Reservoir, managed by the Carlsbad Municipal Water District.  And just to the south of the preserve is the 400-acre Carlsbad Highlands Ecological Reserve, managed by the California Department of Fish and Game.

Volunteers, land managers and Carlsbad City Staff have worked together for a number of years to restore and clean up the area, control erosion, build useable trails, remove invasive plants and re-vegetate with indigenous plants.  Elementary school students have seeded the preserve and performed field studies.  Carlsbad Juvenile Justice program participants have wielded picks and shovels to aid the restoration.  According to one volunteer, "City staff have helped make this 'hidden jewel' a safe, beautiful place for our families to enjoy the outdoors.  Together we have done a lot."*  Additional developmental work on the trail system and a hiking 'staging area' will continue for the next several years.

Carlsbad's Habitat Management Plan is the basis for much of the planning and restoration in the area.  The entire area is habitat to an identified 115 plant, 49 bird, 10 mammal and 7 amphibian/reptile species. Of these identified species, 6 are classified as threatened or endangered. Among the area's endangered species are the Thread-leaved Brodiaea, Orange-throated Whiptail and the California Gnatcatcher. The California Gnatcatcher is perhaps the most threatened of these species because 85% of it's natural habitat, the Diegan Coastal Sage Scrub, has been destroyed by development. Lake Calavera and the stream feeding it create a riparian and wetland habitat for other species as well.

The word 'calavera' means skull, which probably comes from the unusual shape of the area's centerpiece, Mount Calavera. The 513-ft. Mount Calavera is not really a mountain at all but rather a 22 million-year-old volcanic plug. A volcanic plug is a mass of volcanic rock that solidified in it's vent and feeding system millions of years ago. When the volcano becomes extinct and starts to erode away, the "plug" is all that is left behind. Mount Calavera is one of only three volcanic plugs in Southern California. In the early 1900's, the ancient plug was mined for gravel. The mining was accomplished by stripping away it's west face and continued into the 1930's. What is left is a rather remarkable blemish on the side of the mountain that somewhat resembles the Grand Canyon.

Lake Calavera is actually a man-made reservoir.  The dam at the south end of the lake is 67-ft. high and 490-ft across at the crest. It took 85,000 cubic yards of material to build and was completed in 1940. The total storage capacity of the lake is 520 acre-ft.**

If you would like to know more the the Calavera Nature Preserve and the surrounding open area, please follow this link to the city created Carlsbad Habitat Management Plan organization at:

Or if you would be interested in volunteering with the city to help with the Calavera Hills open areas, please call 760.434.2929.